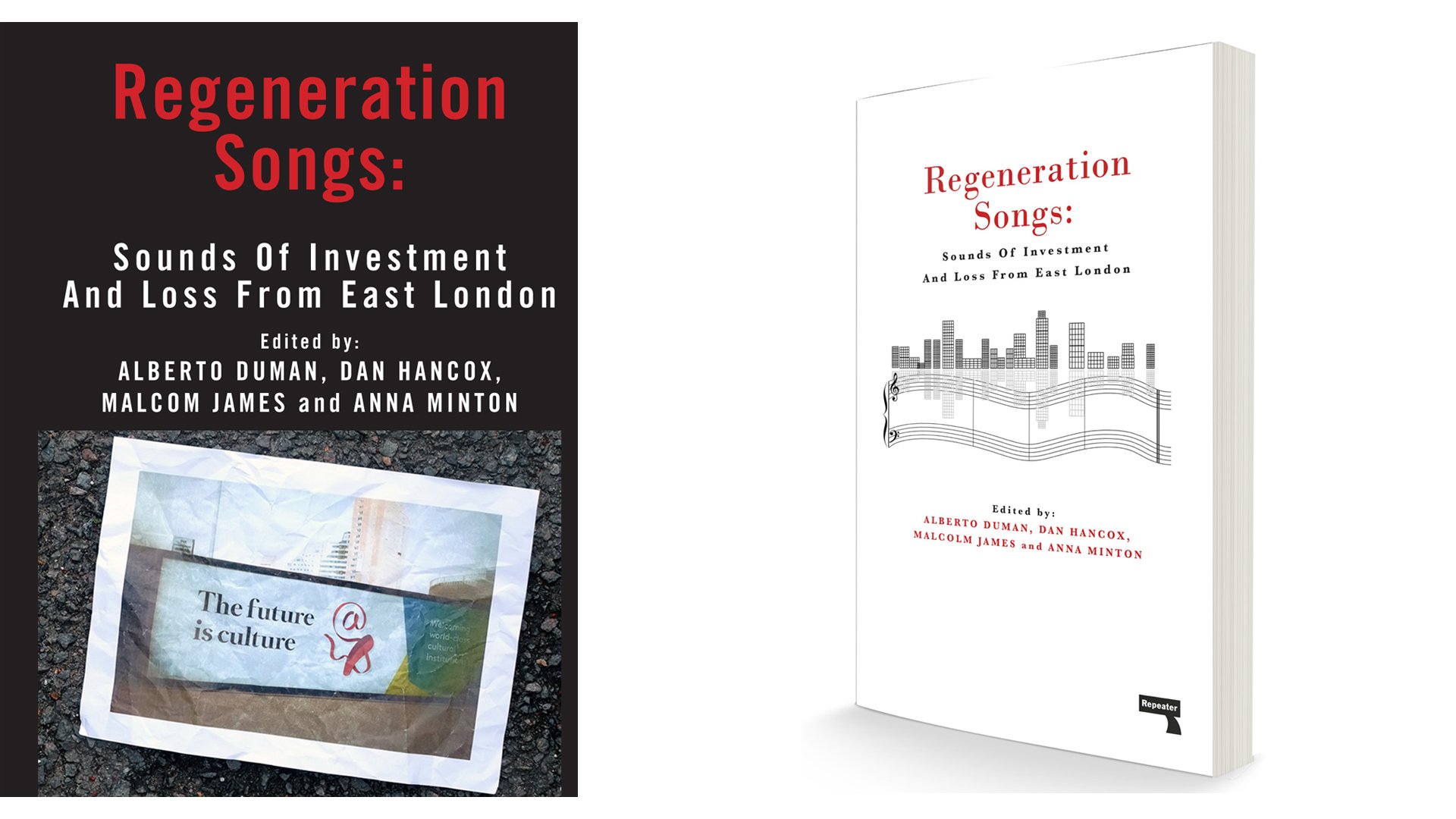 The symposium will start at 4pm

To launch their new book Regeneration Songs: Sounds of Investment and Loss from East London editors Alberto Duman, Dan Hancox, Malcolm James and Anna Minton will be in conversation with scholars and artists: Andrea Phillips, Dean Kenning and Jessie Brennan.

This will also be a chance to see and hear about the project Music for Masterplanning (Alberto Duman, 2016) for which this book also counts as output.

The project came about as Alberto Duman was a Leverhulme Trust artist-in-residence at University of East London in between the departments of architecture (Anna Minton’s MRes ‘London: Reading the Neoliberal City’ degree) and music (Gordon Kerr’s BSc ‘Music Technology degree).

The impact of global capital and foreign investment on local communities is being felt in major cities across the world. Since the 2012 Olympics was awarded to the British capital, East London has been at the heart of the largest and most all-encompassing top-down urban regeneration strategy in civic history. At the centre of this has been the local government, Newham Council, and their daring proposal: an “Arc of Opportunity” for developers to transform 1,412 hectares of Newham. This proposal was outlined in the promotional movie London’s Regeneration Supernova shown to foreign developers and businesses at the 2010 Shanghai World Expo.

While the sweeping changes to East London have been keenly felt by locals, the symbolism and practicalities of these changes – for the local area, and the world alike – are overdue serious investigation.

The speakers will discuss how places are turned into simple stories for packaged investment opportunities, how people living in those places relate to those stories, and how music and art can render those stories in many different ways.

Dr Andrea Phillips is BALTIC Professor and Director of BxNU Research Institute, Northumbria University & BALTIC Centre for Contemporary Art. Andrea lectures and writes about the economic and social construction of public value within contemporary art, the manipulation of forms of participation and the potential of forms of political, architectural and social reorganization within artistic and curatorial culture.