A Direct Line Through Time, and Some Hope: Eminent Monsters | Alex Adams 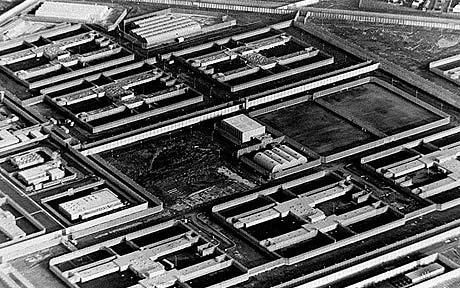 Alex Adams, author of How to Justify Torture reflects on British exceptionalism of historical memory of racism and violence.

When I was finishing the final draft of my book How to Justify Torture last year, I went for coffee with a friend. He asked me how I expected it to sell, and I said I wasn’t sure, but that I was cautiously positive. His response to my optimism was revealing, and it stuck with me for some time.

“I guess it will do better in America,” he said, “because they actually torture people over there.”

I don’t remember exactly, but I’m sure I replied with something to the effect that we in Britain have a torture problem too. If a record of torture would render my book automatically saleable in any country, then it should be a smash hit in Britain. After all, we tortured our way across our Empire as we jettisoned colony after colony in the mid-twentieth century, and we remain complicit in torture today as a key ally in the US-led war on terror.

And yet, something about his remark stuck in my memory more than anything else in that conversation. He’s an intelligent, educated, left-leaning guy. Precisely the sort of person you would imagine might have some sort of historical consciousness of Britain’s international distinction in the matter of torture. I thought my book was timely; its focus on literature and culture was perhaps a little academic for a popular press, but its anti-torture argument was definitely something that spoke to a pressing, immediate concern in Britain, my home country. But he thought it was, while an interesting and worthwhile project, not particularly relevant to Britain today. A slow-burner.

It’s been said before, but it’s still true: we in Britain need to be much, much better at understanding our role in world history. There is, of course, a substantial body of excellent scholarship addressing the political contours of postcolonial Britain and our multiple, overlapping, intersecting Imperial inheritances. But our popular discourse on the issue is so impoverished as to be laughable.

Brits are born and raised in a cultural atmosphere that too often inoculates us against a critical perspective on our own history, our legacy of Empire, and the myriad things that we’re responsible for globally that resonate today.

I’ll illustrate this claim with some autobiography. I left my secondary education in the mid-1990s without any understanding that Britain was in the dog days of Empire, with no sense that I was growing up during the painful shrivelling of the largest Empire in history, and with no idea that we had been one of the biggest participants in the slave trade in world history. Of course, I knew that Churchill saved us from the Nazis, that we built the railways, and that we abolished the slave trade; I was taught about the Corn Laws, about the Kennedy assassination, and the trenches of World War One, but I didn’t know about Britain’s global occupations, its partitions, or, for that matter, any world history after 1945 at all.

It was not until university that I began to understand British world history outside of the model of One World Cup and Two World Wars, and it was not until my postgraduate days that I had anything resembling an understanding of the full extent and meaning of Western coloniality and its continuing effects in the present. When I visited the Holocaust museum in Berlin, and, astonished, compared its sustained and solemn examination of national responsibility for atrocity with the war museums I had seen at home, then I really knew the desiccated, inward-looking jingoism of British military remembrance. I was left, after the museum, with a sense that the Germans understood what we Brits didn’t: that accepting responsibility for past wrongs was not impossible, that critical self-knowledge did not automatically mean that you hated your country, as we Brits are too often reductively taught to believe. Criticising your country’s past actions is in fact a hugely important part of having a meaningful sense of what your country is.

It shouldn’t take the privilege of access to higher education and foreign travel to have an appreciation of this stuff. It is absolutely central to a meaningful understanding of what Britain is and what our history and national identity means.

Maybe I was slow to pick it up. Maybe the fact that I came from an underprivileged and very conservative town in the Midlands where literally 99% of the population was white, shielded me from what I might have known were I brought up elsewhere. Perhaps, that is, if I had grown up in a more diverse community, I might have learned about this stuff sooner. But I come from Tamworth, historical home of the Tory party and the police force. I remember being taught outrageous racist fables in class as though they were literally true. In one tale, that I was told came from the bible, white people were white because God staged a competition: anyone who could jump into the magic pool will be white, but the ones who are too stupid or slow will remain black forever. This, I was taught in primary school, was the origin of racial difference. We knew that racism was bad, but we also believed that white people were better than everyone else .

I was raised in the 1980s, and thankfully we’ve moved on from open racism in primary schools. But we all know that the racism, homophobia, and sexism that I recognised as the normal contours of everyday life back then have never been exclusive to the working class at that time, and neither have they gone anywhere.

Anyway, my personal experience aside, what I’m saying is that I don’t think anyone can be blamed for not knowing about the darker side of British history given the extent to which uncritical British nationalism overdetermines every single aspect of life in the UK today, even on the left, even in spaces where you might expect more reflection, deeper knowledge. On bleak days it seems that this entire doomed island is only populated by reactionary, royalist, Leave-voting, Oasis-listening, Dr-Who-watching, boring lager-drinking fucking poppy-flouting bastards. And neoliberalism has left us with no alternative: Kier Starmer’s Labour Party, with its vacuous push to the right and its focus on patriotic messaging, seems at the moment to be performatively thrashing Raab and Johnson in PMQs but in practice simply propping the government up during their excrementally poor response to the Covid-19 crisis. No wonder we’re fucked, no wonder we’re Brexiting: even the Remainers are racists, even the left want to make immigration harder and cut welfare spending, even the Leader of the Opposition is a fucking Knight of the Realm. Rainy fascism island, indeed.

But this nihilistic, reductive self-loathing never sticks around for long. Such misanthropy, however cathartic, is of course unsustainable and counterproductive. There is always hope, there is always community, there is always something to be done. Returning to the question of torture, for example, this weekend I was given a cause for hope, and I want to pass on a recommendation.

On 5 May, BBC Scotland screened Eminent Monsters, a 2019 documentary directed by Stephen Bennett which is about the development of the torture techniques that have been employed in war on terror prisons since 2001. It’s a harrowing, uncompromising watch, even for someone who has spent the last ten years researching and writing about colonial torture and the war on terror.

What I liked about it was its historical consciousness, its insistence on a direct through line from Cold War era CIA-funded human experimentation and applied research into psychological torture to the present-day archipelago of US-run torture gulags. A key coordinate in that journey is the British torture of fourteen hooded men in Ireland in 1971. Yes, I thought, watching it: yes, at last we’re acknowledging the continuing significance of British colonial violence. And the film shows that nobody has been held to account: there are injustices that still need redress. This matters.

British torturers in Belfast developed a gruelling system of psychological torture and physical abuse that remains the template for war on terror torture today. Sensory deprivation, wall-standing, sleep deprivation, dietary restrictions. Without these techniques, Guantanamo Bay would look very different. Crucially, without the EU’s scandalous ruling that these forms of abuse are merely inhuman and degrading treatment and not torture, we would perhaps not see the USA boasting about getting away with torture.

It’s really good to see the BBC, a state broadcaster, showing stuff like this, even if it isn’t screened on English TV, even if it’s only on iPlayer for most of the UK. It could be better: its focus on psychological torture allows it to elide the more gruesome physical abuses found throughout British colonial history, such as the public whippings in Cyprus, or the mutilations and hangings in Kenya. It doesn’t really go into the nature of coloniality, and it could engage in more depth with the historical-political fact that all Empires are founded on violence and torture.

That said, we’ve got to start somewhere. Watch Eminent Monsters.