We were delighted to discover this wonderful review of John Medhurst’s No Less Than Mystic in the newsletter of  Warren Ellis (graphic novelist, writer, author of Normal, Gun Machine, Transmetropolitan, Red and much more). He’s kindly given us permission to reprint the section here. You can sign up to his newsletter, Orbital Operations, here. No Less Than Mystic is out now.

I have many fine-looking books by many excellent authors waiting to be read, and I’m desperate to read them, but I have a confession. When NO LESS THAN MYSTIC by John Medhurst arrived, I dropped everything to start it. And it hasn’t let go.

It’s a history of Lenin, the Bolsheviks and the Russian Revolution.

I feel like I need to yell HEAR ME OUT.

The brilliance of Medhurst’s political histories — and some of you will remember me praising his previous THAT OPTION NO LONGER EXISTS — is his sharp eye for the pivot points and the alternative routes history could have taken. Or, put another way – alternate histories are buried in his actual histories. He will lead you to fly off into fascinating could-have-beens, big ones that start with small corrected missteps or slightly different arrangements of personalities. There are wonders compressed in his books.

The additional pleasure of NO LESS THAN MYSTIC is that he looks back from a 21st Century perspective, with no interest in being chained to the previous moment. From the blurb, in fact, he:

continually examines the Leninist experiment through the lens of a 21st century, de-centralised, ecological, anti-productivist and feminist socialism. Throughout its narrative it interweaves and draws parallels with contemporary anti-capitalist struggles such as those of the Zapatistas, the Kurds, the Argentinean “Recovered Factories”, Occupy, the Arab Spring, the Indignados and Intersectional feminists, attempting to open up the past to the present and points in between.

This fills out the book in remarkable ways, and, frankly, allows Medhurst to put the boot into Lenin from a number of different angles.

(It could be usefully read in tandem with Catherine Merridale’s LENIN ON THE TRAIN, which was not nearly as soft and romantic a book as some idiot reviewers would have you believe.)

This is a big, energetic, ambitious book that deserves every success. A hell of a performance.

NO LESS THAN MYSTIC, John Medhurst (UK) (US)

(Nice to see Repeater Books building out its list so skilfully, too.)

Warren Ellis is the award-winning writer of graphic novels like TRANSMETROPOLITAN, FELL, MINISTRY OF SPACE and PLANETARY, and the author of the NYT-bestselling GUN MACHINE and the “underground classic” novel CROOKED LITTLE VEIN. The movie RED is based on his graphic novel of the same name. 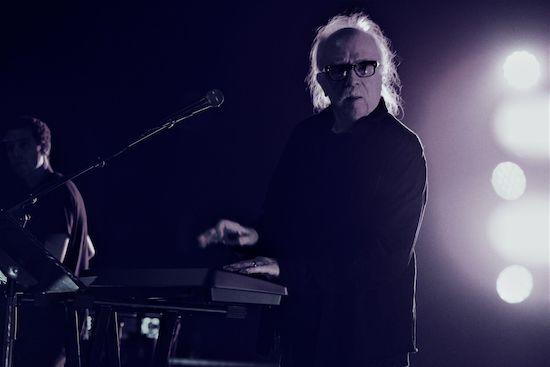