In a stink about a pink St George Cross

Oh dear. Toby Young is all in a lather, a victim once more of the ‘PC brigade’.

Writing in the Daily Mail, he describes the scene he seems to have witnessed at Tuesday night’s England international versus the Netherlands. “It was fitting that Tuesday’s England match was awash with pink shirts, pink ribbons and pink flags. After all, football — along with rugby, cricket and every other traditionally male sport — has been forced to undergo what you might call, to borrow a fashionable phrase, gender re-assignment surgery in the past few years. An area of life that used to be associated with men has been colonised by women determined to prove a point about gender equality, regardless of whether they have any genuine interest in the sports in question.”

Oh dear, the thinking-bloke’s Jeremy Clarkson really has his boxer shorts in a twist hasn’t he? I have a confession to make to Toby. I’d spent most of Tuesday afternoon laying out thousands of cards across the England home end in the stadium. It’s a fan-led initiative called ‘Raise the Flag’, and when God Save the Queen strikes up they’re held up to form a huge St George Cross flag, mosaic-style. Except this time, when the anthem came to an end, the red cross was flipped to form a pink one, honouring the victims and survivors of this most deadly of diseases, breast cancer. I’m not sure where Toby was sitting in the stands but where I was there wasn’t one murmur of discontent but, rather, a ‘wow moment’ and widespread approval. Then the game kicked off; what Toby fails entirely to mention was what happened at the 14th minute, the entire crowd – English and Dutch – standing to honour the memory of Johan Cruyff. The cancer that killed Johan attacked his lungs, not his breasts – same disease, different body parts.

Toby sees political correctness almost everywhere, a phantom stalking this most illiberal of lands. Now, in his view, its got a grip on sport, or more particularly, Toby’s very particular version of a masculinity epitomised by football . When I lay out a St George Cross before each and every England game, be it red, pink or any other colour under the rainbow I don’t see a symbol of nationalism or politics, correct or otherwise. Rather I see a flag made up of thousands of individual fans holding up a huge vision of human solidarity. A fans’ flag, it belongs to all of us, not Toby, not me, all of us. I’m not sure if Toby was at Wembley last November, I certainly don’t remember him writing about the huge flag we held up that night. Not St George, but the French Tricolour, solidarity once more, this time with the victims of the terror attack on Paris , including the Stade de France, a few days earlier. Was that ‘political correctness gone mad’ Toby? Or was it simply a symbol of borders not meaning very much when as fans we are all united against the bloody terrorism of ISIS and their off-shoots?

Toby’s main point seems to be that he thinks breast cancer has nothing to do with football. A game increasingly played by women, in which the England women’s team beat Germany a year ago  – not in a meaningless friendly but in a World Cup. This seems to have gone unnoticed by Toby. Nor does he seem much bothered that many of us blokes will have mums, grannies, aunties, sisters, nieces, girlfriends, daughters, neighbours, friends and workmates who suffer from this most gendered of diseases (although, its worth noting that 330 men a year are diagnosed with breast cancer in the UK too). It’s called caring about others, Toby. Isn’t that something we should all stand, cheer, have some pride in, whatever our team?

Football is never going to change the world. That’s not its place, an England team that can stick it out at the Euros to the quarters or beyond is about as much as most of us can hope for. But that doesn’t mean it isn’t a space, on the pitch and in the stands, where ideas aren’t offered and contested. Toby would prefer a world of football unchanged from that golden 1966 summer 50 years ago, where men were men and women knew their place. I prefer instead a football that at least tries to keep up with, if not always change with, the times. An England for all, whatever our colour, gender or sexuality; faith or none; whatever the country we or our parents originally came from. This – the single biggest change in what an England team looks like, is supported by Tuesday night’s team on the pitch: once more – Sturridge, Alli, Rose, Smalling, Clyne and more. Gender diversity on the pitch is is perhaps a bit further off. But male fans standing up to show they care about breast cancer – that’s the kind of England crowd I want to be part of, even if Toby doesn’t, thank you very much. 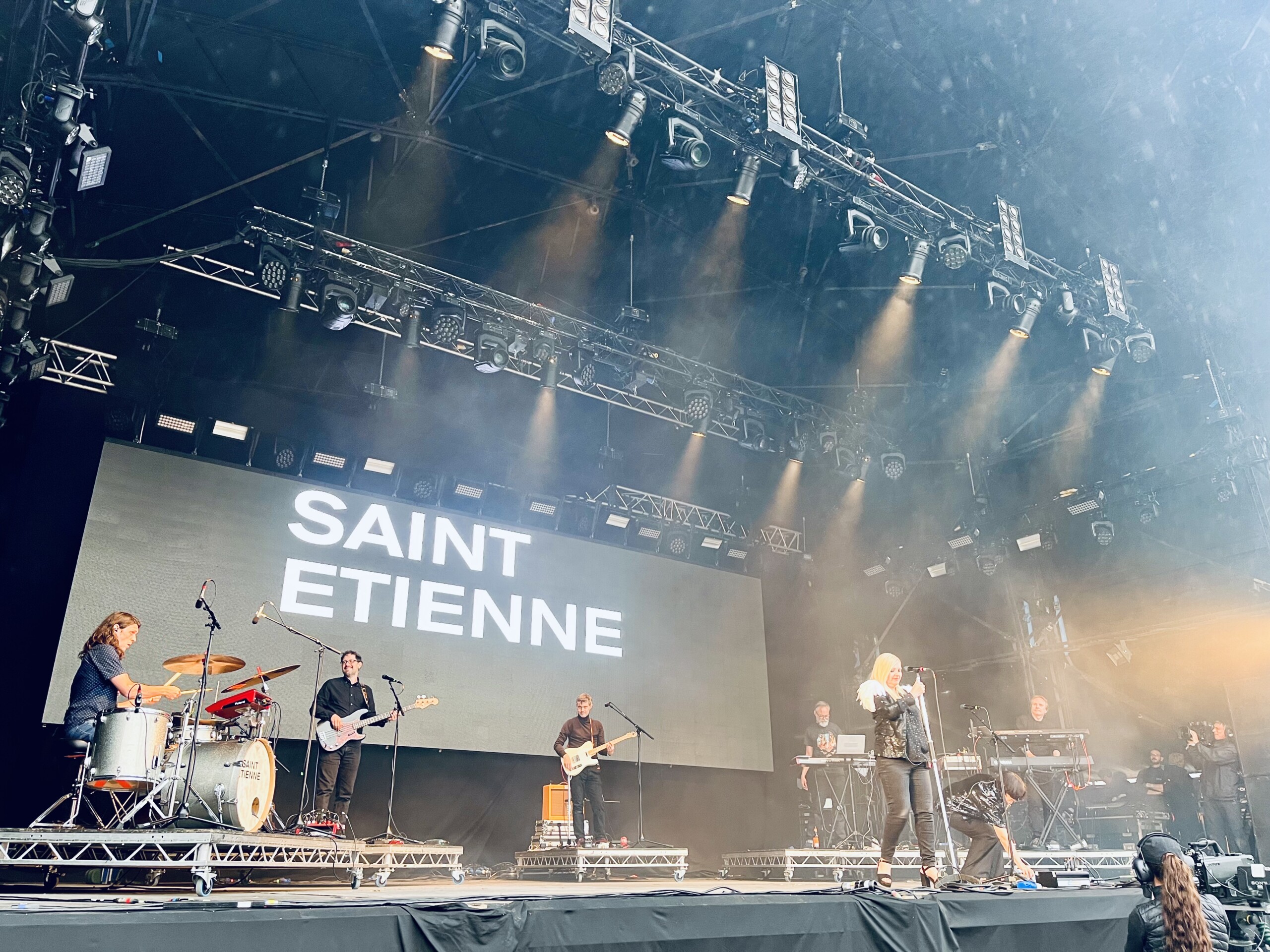 How We Used Saint Etienne to Live — at Glastonbury 2022

Ahead of the launch of Ramzy Alwakeel’s new book, How We Used Saint Etienne to Live, we went to Glastonbury to see the band play,

How We Used Saint Etienne to Live — at Glastonbury 2022

Ahead of the launch of Ramzy Alwakeel’s new book, How We Used Saint Etienne to Live, we went to Glastonbury to see the band play,