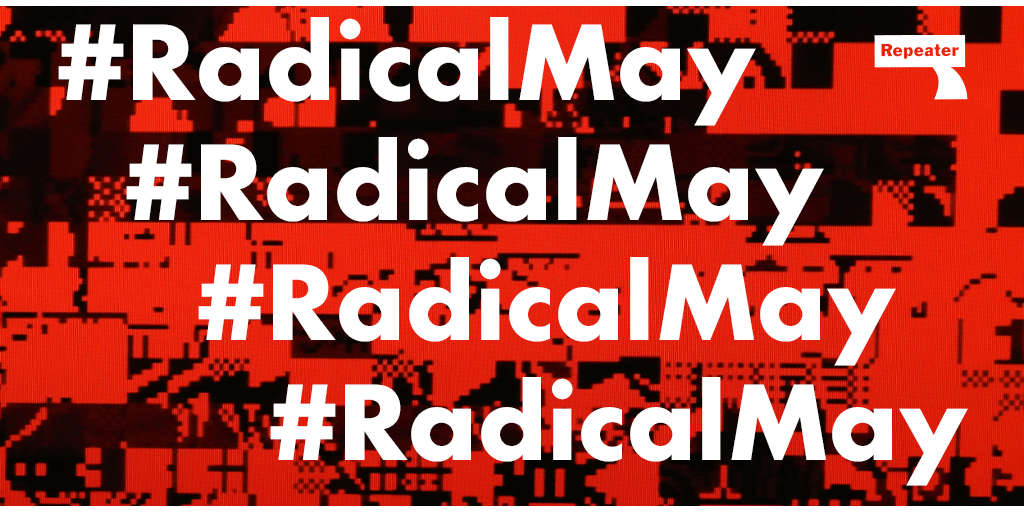 To celebrate May Day, and the start of #RadicalMay, a month of online talks, workshops and discussions on the ideas that will transform the world to come, organised by radical publishers from around the world, get 40% off our red reads until Monday, May 4 🤝🔥🚩

In her bestselling debut, Grace Blakeley tells the story of how finance capital came to dominate our economy, and shows us what the left can do to stop it.

If philosophers have failed to understand the revolts of the last twenty years, and political scientists have failed to predict them, then what can these revolts, including Occupy, Ferguson, and Baltimore, tell us about themselves?

No Less Than Mystic
John Medhurst

No Less Than Mystic is a fresh and iconoclastic history of Lenin and the Bolsheviks for a generation uninterested in Cold War ideologies and stereotypes. We do not need another standard history of the Russian Revolution. This is not one.

“The book is very comprehensive and insightful, and linked in perceptive ways to current affairs.” — Noam Chomsky

Is the “death of politics” simply an inevitable sign of the times, going hand in hand with climate change, technological development and postmodern malaise? Or is it the intentional result of right-wing engineering? And what can the left do about it?

“Expertly situates this most unwelcome of phenomenons in a long-term project to demonise ideology, the authority of ideas and the role of the state.” — openDemocracy

The Ballerina and the Bull
Johanna Isaacson
Johanna Isaacson explores the occult history of US punk, hardcore, queercore, and riot grrrl, DIY culture, and alternative subcultures, to trace a new politics of “expressive negation” that both contests the present order and gives us a sense of the impasses of politics in an age of depoliticization.

“A vital testament to the fragile utopias that inhabit our precarious present.” — Benjamin Noys, author of Malign Velocities

Is the world really getting any better? Rodrigo Aguilera debunks the myths of Steven Pinker and his cadre of “New Optimists”, showing that their ideas of “progress” might not be as solid as they claim.

The Glass Half Empty is a highly original, concise and readable polemic that acts as a perfect foil to the confected positivity of the ‘New Optimists’, while reminding us that a better world is, in fact, possible.” — Grace Blakeley, author of Stolen

How to Justify Torture
Alex Adams

Alex Adams breaks down the ticking bomb scenario, showing how its use in popular culture has attempted to legitimise the torture regimes of Western governments since 9/11.

Steal as Much as You Can
Nathalie Olah

Nathalie Olah’s polemic shows how the working-class has been excluded from culture, and how it can fight its way back in.

“Natalie Olah lays bare the structural stranglehold that class continues to have on our education, culture, ways of thinking and ‘life choices’ here in the UK. A book of anger and resistance. We need more voices like hers.” — Bobby Gillespie

Does England really exist? Alex Niven maps out new political territories in this memoir-manifesto for a new, radical culture beyond the idea of England

Jim Dooley tells the story of the Marxist post-punk band, from their time at art school and days as political activists in Leeds, through touring the world, breaking up and reforming, right up until the twenty-first century.

“The definitive history of Gang of Four, along the way explaining why their music meant so much for the embryonic leftwing ideas of their dedicated followers…” — openDemocracy

Owen Hatherley and his dog take you on a tour of post-Soviet states, exploring their architecture, politics and culture, in this political travel guide.

“An engrossing and beautifully written book. No one else writes so clearly yet with such elegiac intensity about the symbiosis that exists between history and the built environment, or the lives that are caught, mangled and realised in its midst.” — Lynsey Hanley,

Repeater’s debut title, Lean Out shows how feminism has been captured by the 1%, and how a new brand of working-class feminists can take it back.

“Rarely does essential reading really mean that you urgently need to read a book. But Lean Out is different.” — Danny Dorling