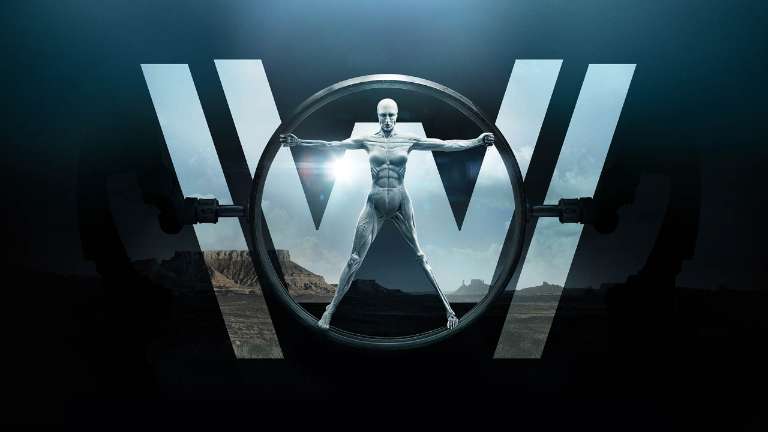 Sci-fi has a pedigree of exploring contemporary issues through the engaging gauze of societies and contexts far removed from painful familiarity. Inequality is explicated through different life forms, nuclear anxiety masquerades as fears of interstellar warfare, loneliness through the guise of artificial intelligence or the pseudo-modernist anonymity of slipping through dense and chaotic metropolises…in each case, sci-fi often trumps its stuffy literary or languorous cinematic ‘betters’; it speaks to us in a clear voice and cuts closer to the bone. A good example of this is the downright Dostoevskian Battlestar Galactica (2004). Battlestar Galactica mirrored post-9/11 paranoia on a multitude of levels. Cylons explored the anxieties and devastating potentials of terrorist ‘sleeper-cells’ – perhaps most obviously the prospect, and fall-out, of suicide bombings. The erosion of civil liberties was the knee-jerk Band-Aid on earth and the Battlestar Galactica fleet. The series was even replete with sham trials (Baltar’s Karamzovian trial) and a prisoner-torture controversy. Resource management, paranoia and the warring of theisms also provided the background to empathetic depictions of beings, whatever they may be. Other than that, the show was just spaceships and aliens.

Westworld fits right into such a lineage. Do not mistake Westworld to be about consciousness, AI agency or sentience. Others can reference Metzinger, Dennet and the Churchlands. Westworld is about every major city in the west. Slightly smiling with avuncular nostalgia and ominous magnanimity, a la Hopkins…let me explain.

Westworld is a luxury theme park, of a ‘wild-west’ theme. It stretches out for miles, so much so that guests can trek for days searching for something or someone inside the park. Hosts populate the park. The hosts are synthetic androids initially indistinguishable from guests. The hosts are like the simpler Replicants in Blade Runner (1982), except Asimov’s first law seems to be correctly installed: they cannot hurt the guests. The hosts are given narratives. They wake up each day, and depending on their finely honed behavioral parameters, engage with the guests or one another in order to serve a grand narrative. Despite the prospect of orchestrating such meticulously complex, rather Dostoevskian in scope, narratives the park invariably relies on simple pleasures. As one can imagine in the park populated by idealized cowboys, farm-girls, whores and militia – the appeal for much of the guests is base. Sex with things and/or conflicts with things are generally what the park caters for. Sex and violence, wild fucks and shoot-outs, are, regardless of the park’s creators’ and directors’ ambitions, its bread and butter.

Of course, as is bound to happen with androids on screen, some guests lose themselves in the illusion, they begin to feel feelings for the hosts. Others, however, do not succumb – they never lose themselves in Westworld, they always remember it is only a game. The Man in Black, played by Ed Harris, falls into the latter category. Logan, played by Ben Barnes, is very similar. These men say only what needs to be said to progress the narrative, like affect-blunted gamers pursuing a game sequence, they shoot, rescue and run with apathy and cynicism. Most intriguing is their interactions with the hosts. They know the hosts are not ‘real people’ so they often talk at them as objects ‘you were programmed well’ they might say. It is this type of dialogue that, initially, reveals who is guest and who is host. The antithesis of these types is undoubtedly William, played by Jimmi Simpson. William cares about the hosts, he doesn’t ask questions they cannot answer; he goes along with the narrative, the shallow ranch clichés and yesteryear syntax of Dolores (played by Evan Rachel Wood).

The Man in Black’s and Logan’s disposition, their remove from any emotional interaction, recalls a particular scene in The Remains of the Day (1993). Mr. Stevens, the butler of Darlington Hall, is serving drinks to Lord Darlington and his three guests. They begin discussing if ‘the man in the street’ should have a say in political matters, such as war. Lord Darlington, halts Mr. Stevens from exiting after he has topped up the glasses of his betters. He informs him that Mr. Spencer has a question for him.

“Do you suppose the debt situation regarding America factors significantly in the present low levels of trade? Or is this a red herring and the abandonment of the gold standard is the cause of the problem?”
“I’m sorry, sir, but I am unable to be of assistance in this matter.
“Oh, dear. What a pity. Perhaps you’d help us on another matter. Do you think Europe’s currency problem would be alleviated by an arms agreement between the French and the Bolsheviks?”
“I’m sorry, sir, but I’m unable to be of assistance in this matter.”
“Very well, that’ll be all.”
“One moment, Darlington, I have another question to put to our good man here.
My good fellow do you share our opinion that M. Daladier’s recent speech on North Africa was simply a ruse to scupper the nationalist fringe of his own domestic party?”
“I’m sorry, sir. I am unable to help in any of these matters.”
“You see, our good man here is “unable to assist us in these matters.” Yet we still go along with the notion that this nation’s decisions be left to our good man here and a few millions like him. You may as well ask the Mothers’ Union to organize a war campaign.”
“Thank you.”
“Thank you, sir.”
“You certainly proved your point.”
“- Q.E.D., I think.”

Mr. Spencer takes a malicious delight in exercising his superiority over Mr. Stevens. He knows, before he asks his questions, that Mr. Stevens will not offer any opinion or enter into the dialogue. Of course, this performs his point – that the common man should not have a say in lofty matters best left to those of sound stock. Mr. Spencer is a not unlike a bullish tourist that teases the guards at Edinburgh castle, he knows full well no reply other than duty and courtesy will ever come and relishes the asymmetry of agency. The Man in Black and Logan enjoy the same sneering privilege and disdain for the hosts in Westworld. They ask questions for the answers they need, and when they get tired or bored the simple hosts are dispatched.

Westworld is a luxury resort, the bar inside the headquarters offers the guests respite from playing; they lounge poolside, glittering drinks in hand, before returning to the vicarious thrills of the park. The guests have access to different routes into the park; they may use an underground network that the hosts are not aware of. Like a first class tube system meets Ballardian poor doors. 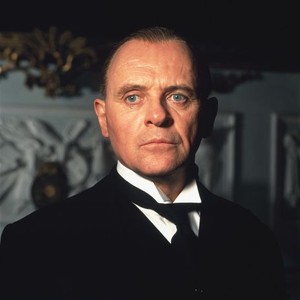 Westworld is about class. It explores, within the defamiliarized scope of sci-fi, the dynamic between the super rich and others. The super rich can travel the globe swiftly in comfort; they flit in and out of major cities, invisible people circle, mutely providing tertiary service various. The super rich, if they do not like whichever park they land in, can leave, try another time zone, climate and narrative. The prole inhabitants, however, may not leave – they are stuck, stuck in their narrative of debt, strife and strive. The hosts of Westworld live in loops, tightly controlled narratives, with miniscule opportunity of change. The android assigned to the role of whore, bandit or soldier has infinite fates of claustrophobic similarity, any divergence from plan being academic in the grand scheme of things. The whore may whore in various ways, the soldier may fight and die in various ways – but nonetheless, the whore will whore and the soldier will fight and will die. “We live in loops as tight and as closed as the hosts do, seldom questioning our choices, content, for the most part, to be told what to do next.” That’ll be all Stevens…

Like the hosts, we all have our loops. We even have quaint ticks and programming characteristics. We swipe touchscreens and avidly check emails. We parrot empty phrases, “lol” we say blankly. We pepper our dialogue with “like” or acquire croaking vocal frys from American reality TV. We do such things, with varying verisimilitudes, in our daily loops – on a “daily basis”. Whilst we do so the super rich come in to town. They might rape or kill. They might do all sorts of things. No matter. Because, as Logan is fond of reminding William: “what happens in the park, stays in the park.” Cheated on your partner? No problem, a super-injunction can fix that. Perhaps one cheated millions out of money whilst working in high finance? A mere trifle, the hosts will clear the mess up.

In Westworld the hosts soon see through the loops they are trapped in. Maeve, played by Thandie Newton, after trauma upon trauma is compounded, begins to see through the charade – she wakes up. The same is true for Dolores, it is the trauma, the memory that should’ve been erased from surface level script, that returns as the epiphany which sparks their escape. We can only hope our traumas and memories soon resurface and endow us with the fangs to break from our repressing loops of exploitation. 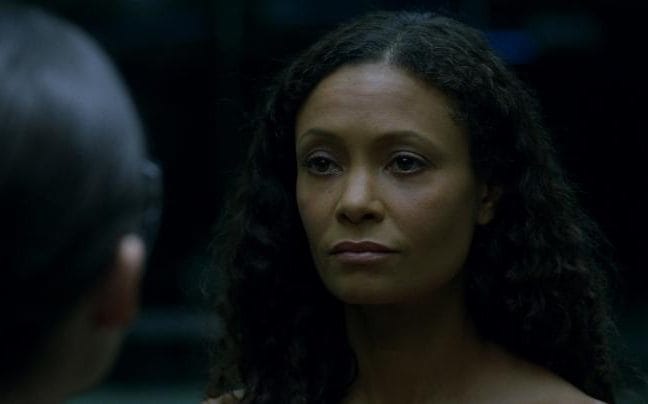