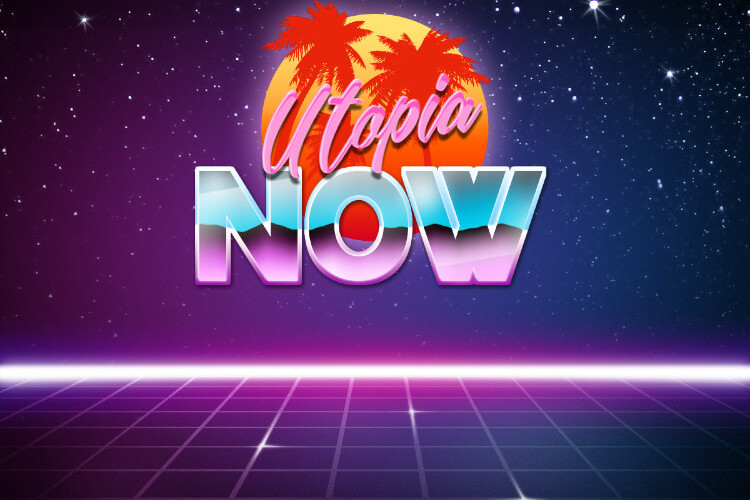 In this moment of crisis and rupture we need radical visions of society more than ever. Rather than obscure flight of fancy, this involves practically imagining a world beyond the one we’ve been given, away from the destructive individualism of the present and towards a democratic, collective future. The following books question what this future might look like, offering utopian thinking to help us move forward.

“In this gripping, witty and richly detailed science fiction, Carl Neville shows us a parallel Britain forged out of political uprisings and economic transformation. The governing ideology is from another world, but the technology and culture are unmistakably ours.”
—William Davies, author of The Happiness Industry

A kaleidoscopic satire of our present moment, Eminent Domain is both a dark thriller and a radical neo-modernist experiment that probes at the limits of Utopia, a formally dazzling reimagining of the political novel in which lives, worlds and even realities collide to devastating effect.

Combining the best elements of a literary thriller and speculative fiction, Resolution Way is a bleakly humorous satire on contemporary Britain, a meditation on the power of the past, the forces that shape our lives and the ways in which the possibility of the miraculous still remains.

“Posit[s] the importance that fiction may hold in a positive political project in the face of neoliberal stasis.”
— Art Monthly

In what ways could we imagine a world different from the one in which we currently live? This is the question addressed by the essays and conversations in Futures and Fictions, which explore possibilities for a different “political imaginary”.

“A deep, clear read on the historical and social development of machine music; wisdom about MIDI finally.”
— Daniel Lopatin, aka Oneohtrix Point Never

“Lucid, probing and urgent. Wendy Liu manages to be both optimistic about the emancipatory potential of tech and scathing about the industry that has harnessed it for bleak and self-serving ends.” — Naomi Klein, author of On Fire: The Burning Case for a Green New Deal

Former insider turned critic Wendy Liu busts the myths of the tech industry, and offers a galvanising argument for why and how we must reclaim technology’s potential for the public good.

In this provocative text combining polemic and memoir, Alex Niven argues that the map of the British Isles should be torn apart completely as we look towards a time of radical political reform.

The Adventures of Owen Hatherley in the Post-Soviet Space

Ranging across eleven of the fifteen countries that once made up the Soviet Union, this book searches for the remnants of revolutions both distant and recent. and for the continuities with the Communist idea.

“An engrossing and beautifully written book. No one else writes so clearly yet with such elegiac intensity about the symbiosis that exists between history and the built environment, or the lives that are caught, mangled and realised in its midst.” – Lynsey Hanley, author of Estates: An Intimate History

1996 . . . examines the year as it panned out in the UK not just in politics but in music, light entertainment and sport. It was the zenith of a decade which will go down as remarkably untroubled by modern standards; following the collapse of the Berlin Wall, prior to 9/11, in which political conditions of peace and apparent economic prosperity created an overall mood of frivolity, postmodern anti-seriousness and a desire to get back to sunnier times before the grim onset of the strife-ridden 70s and 80s. However, the author argues, this mood of retrograde optimism was a distraction, the feeling of prosperity a delusion, one compounded by the notion that now the End Of History had arrived, so had the old oppositions of Left And Right; that we were entering post-political times. They were nothing of the kind, as the future we find ourselves in today confirms.

Jim Dooley […] has made us all look far better than we perhaps have deserved. Well, not really – we were fabulous. I expect that to shine through in this book for all his readers to marvel at. – Hugo Burnham, Gang of Four

Blending revelations from interviews with the band conducted by the author with snippets from newspaper articles and record reviews, Jim Dooley tells the history of Gang of Four as they remember it. From their days at art school through countless tours, records and reunions, Red Set is the definitive history of one of Britain’s greatest and most influential bands.

“… as a knowledgeable and thoughtful overview to a scene which is now more accessible than ever, this serves as a perfect introduction.” – The Wire

The Turkish Psychedelic Music Explosion tells the story of a musical movement that was brought to an end by a right-wing coup in 1980, largely forgotten and only recently being rediscovered by Western crate-diggers. It’s a tale of larger-than-life musical pioneers with raging political passions and visionary ideas ripe for rediscovery.

No Less Than Mystic

The book is very comprehensive and insightful, and linked in perceptive ways to current affairs. – Noam Chomsky

Published in the centenary year of the 1917 Russian Revolution, No Less Than Mystic is a fresh and iconoclastic history of Lenin and the Bolsheviks for a generation uninterested in Cold War ideologies and stereotypes.

Focusing upon the production of post-punk art, film, music, and publishing, this book offers new perspectives on an overlooked period of cultural activity, and probes the lessons that might be learnt from history for artists and musicians working under 21st century conditions of austerity. Contemporary reflections by those who shaped avant-garde and contestatory culture in the UK, US, Brazil and Poland in the 1970s and 1980s. Alongside these are contributions by contemporary artists, curators and scholars that provide critical perspectives on post-punk then, and its generative relation to the aesthetics and politics of cultural production today.

Ballerina and the Bull

The Ballerina and the Bull is a salutary call to refuse calls to ‘maturity’ and ‘realism, ‘ which sanction things as they are, and instead to return to those supposedly ‘childish’ refusals, which are our real utopias.” – Benjamin Noys, author of Malign Velocities

Taking in radical subcultures from riot grrrl and queercore to the Occupy movement, The Ballerina and the Bull is an original call for a political alternatives to our contemporary situation.