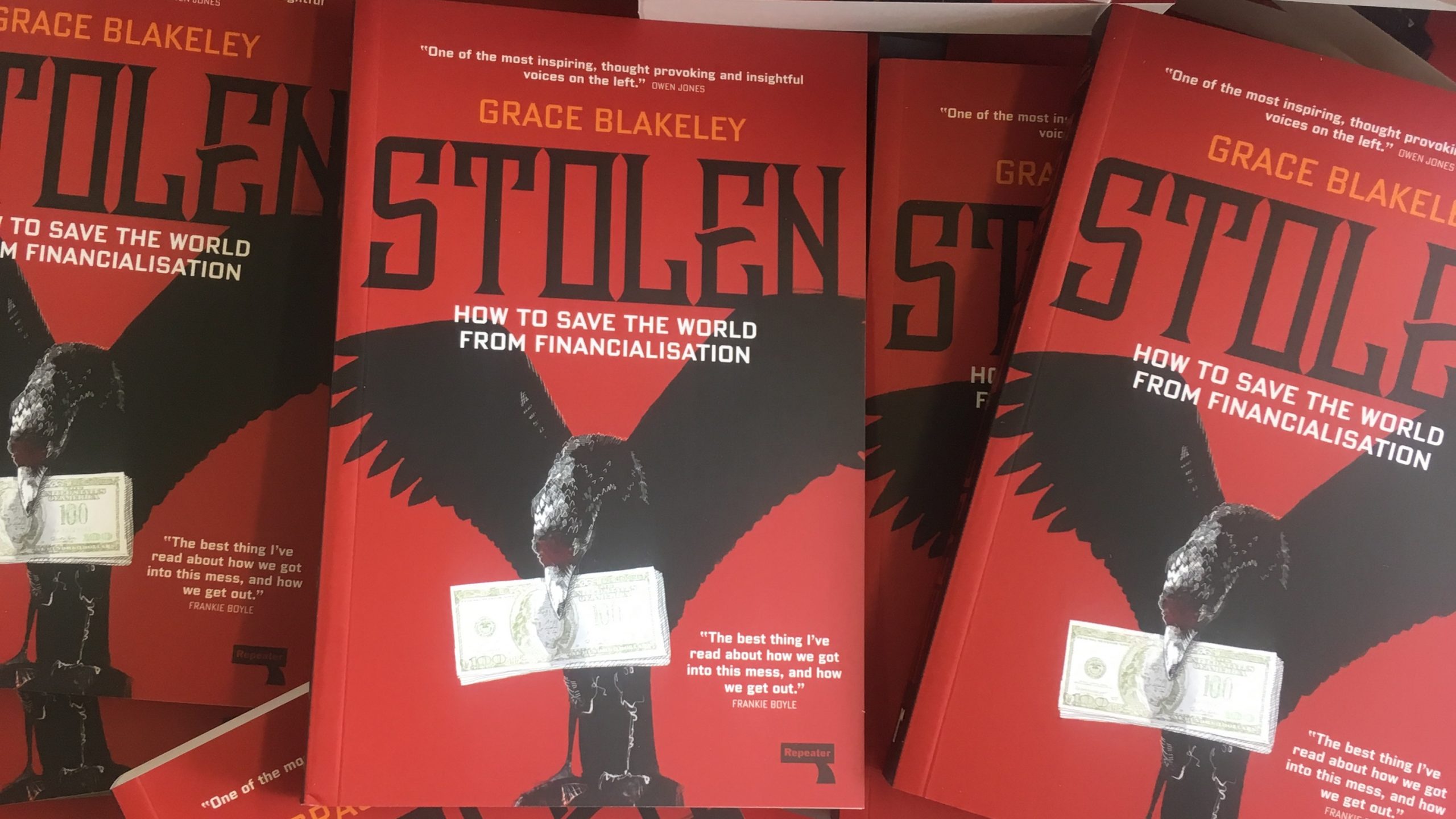 We got early copies in the office of Grace Blakeley’s STOLEN: How to Save the World from Financialisation, and have decided to whack it on sale before its official publication on 10 September, with free ebook! 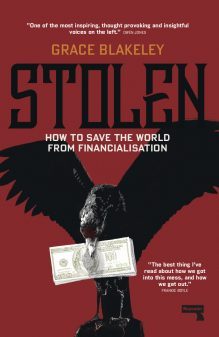 Stolen: How to Save the World from Financialisation

“The best thing I’ve read about how we got into this mess, and how we get out.” — Frankie Boyle

“A clear, accessible and informative guide to left economics, showing how we got to this era of capitalist crisis, environmental catastrophe and insurgent socialist revival. Grace Blakeley offers radical solutions to an exploitative and unfair system.” — Bhaskar Sunkara, Jacobin

“Grace Blakeley is one of the sharpest of a new generation of economic and political thinkers, with a gift for clearly and eloquently explaining how we got to the crisis point we’re in, and why only radical transformation will get us out. A must-read for today’s activists on both sides of the Atlantic.” — Sarah Jaffe, author of Necessary Trouble: Americans in Revolt